For the week one ‘Style Icon’ challenge of this season’s Project Sewn, I want to pay homage to fellow Brit, Vivienne Westwood and her Anglomania collection. 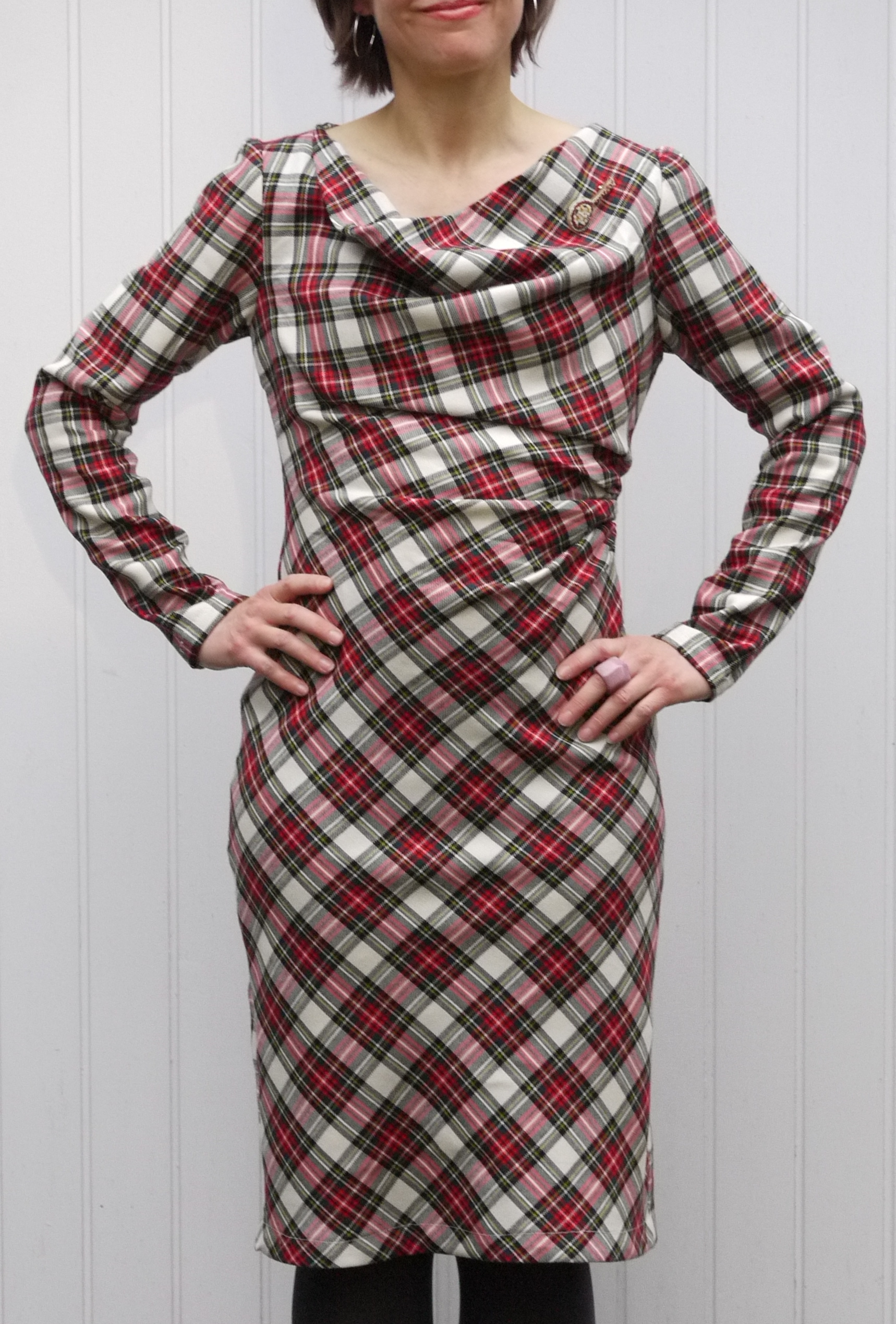 I’m not a follower of fashion but I am a fan of Dame Westwood, who has been the UK’s culturally most significant fashion designer for as long as I’ve been alive!

She personifies the potent and subversive originality of British fashion and her expansive body of work traces the socio-economic and cultural climate of Britain for the past four decades – my whole life time! 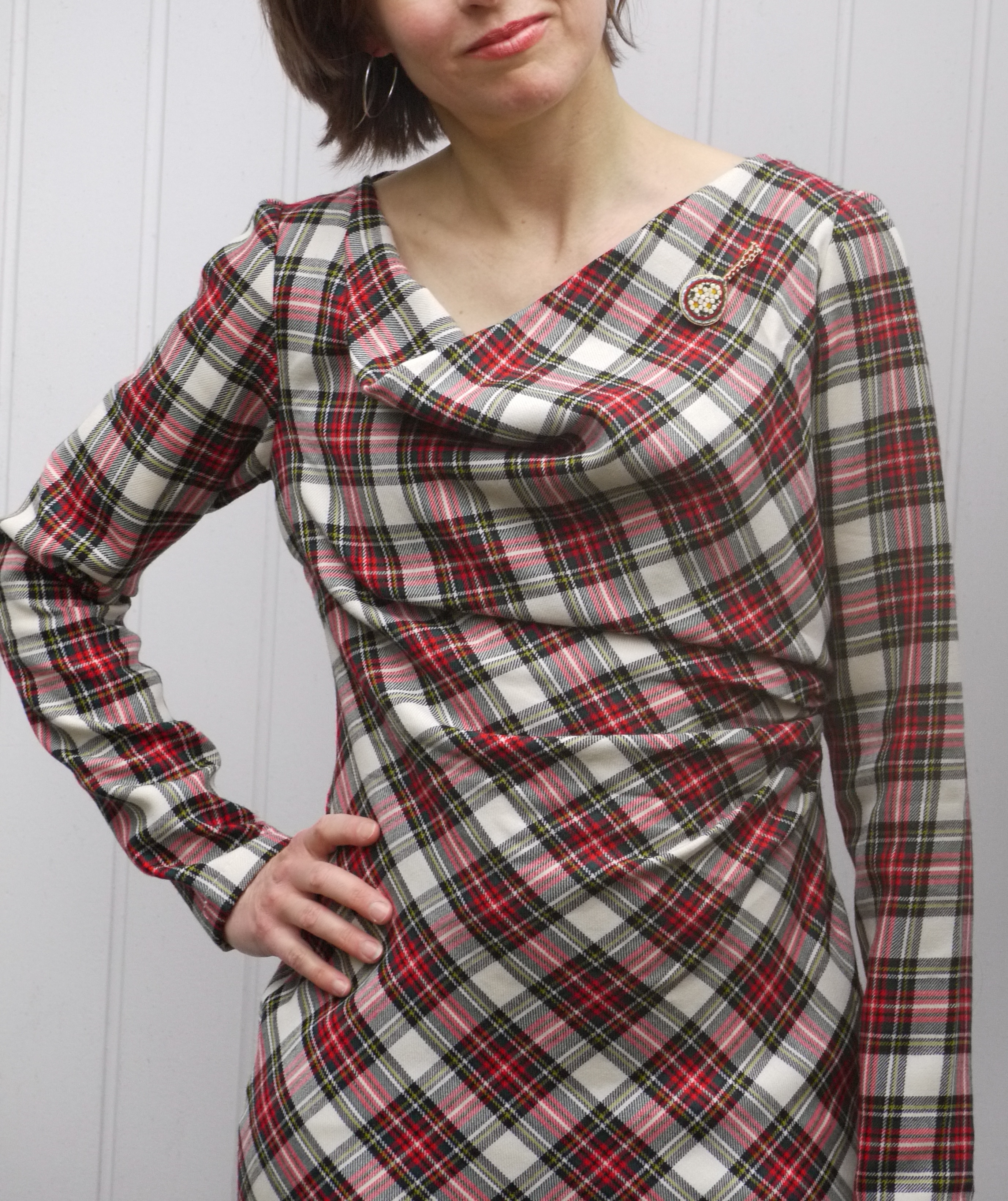 She’s won British designer of the Year twice, in 1990 and 1991 and was honoured with the Order of the British Empire in 1992 and made Dame Vivienne Westwood in 2006.

Dame Vivienne Westwood is the same age as my parents and she continues to sustain the ultimate design contradiction: producing the unexpected while defining the spirit of the decade. 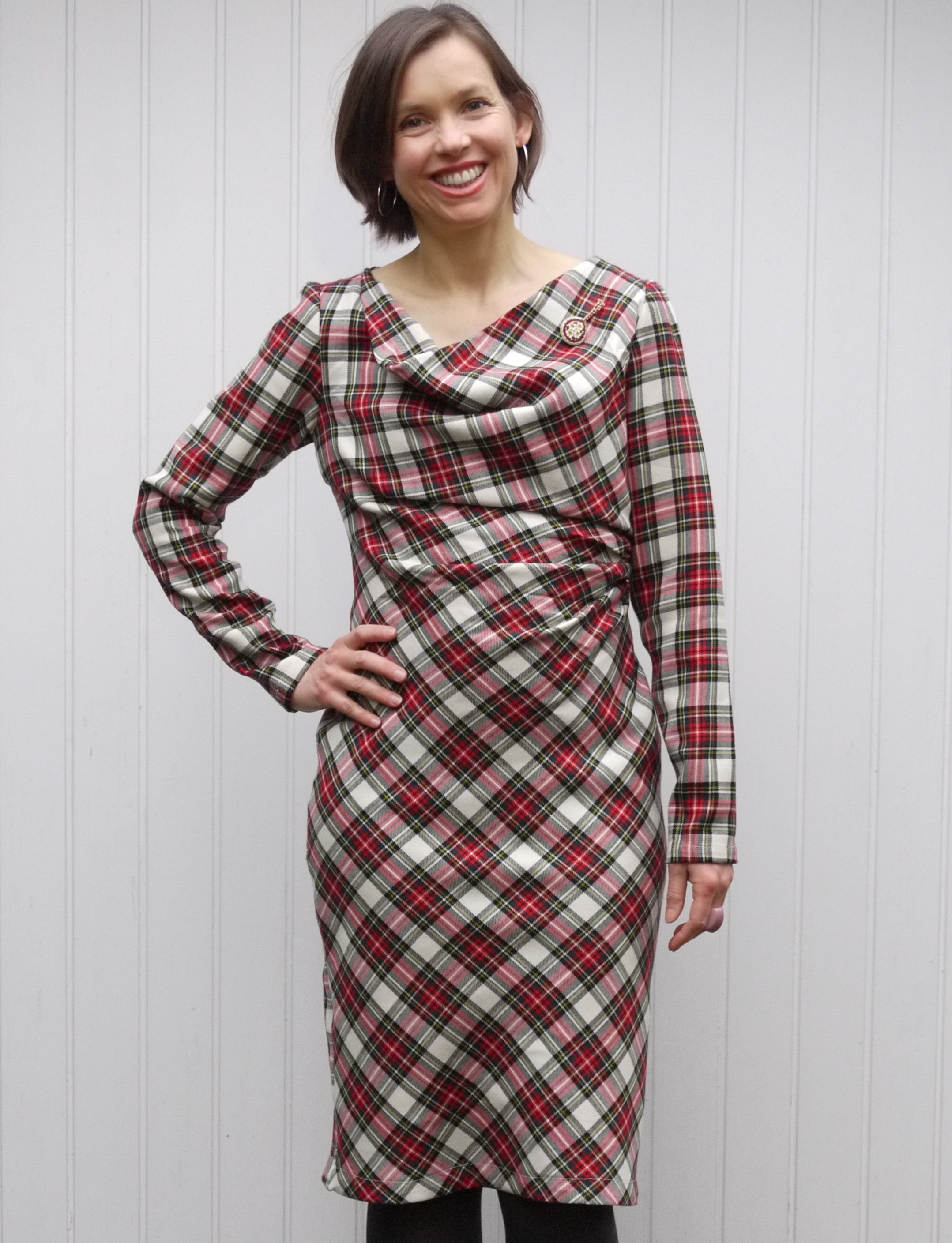 I love that Vivienne uses very traditional British fabrics in her Anglomania collections such as tartan (a woven wool check fabric) and makes them modern and fashionable. I also love her drape neck dresses and decided to combine these two elements – the drape neck dress with side waist-shaping rushing and tartan to make this dress. 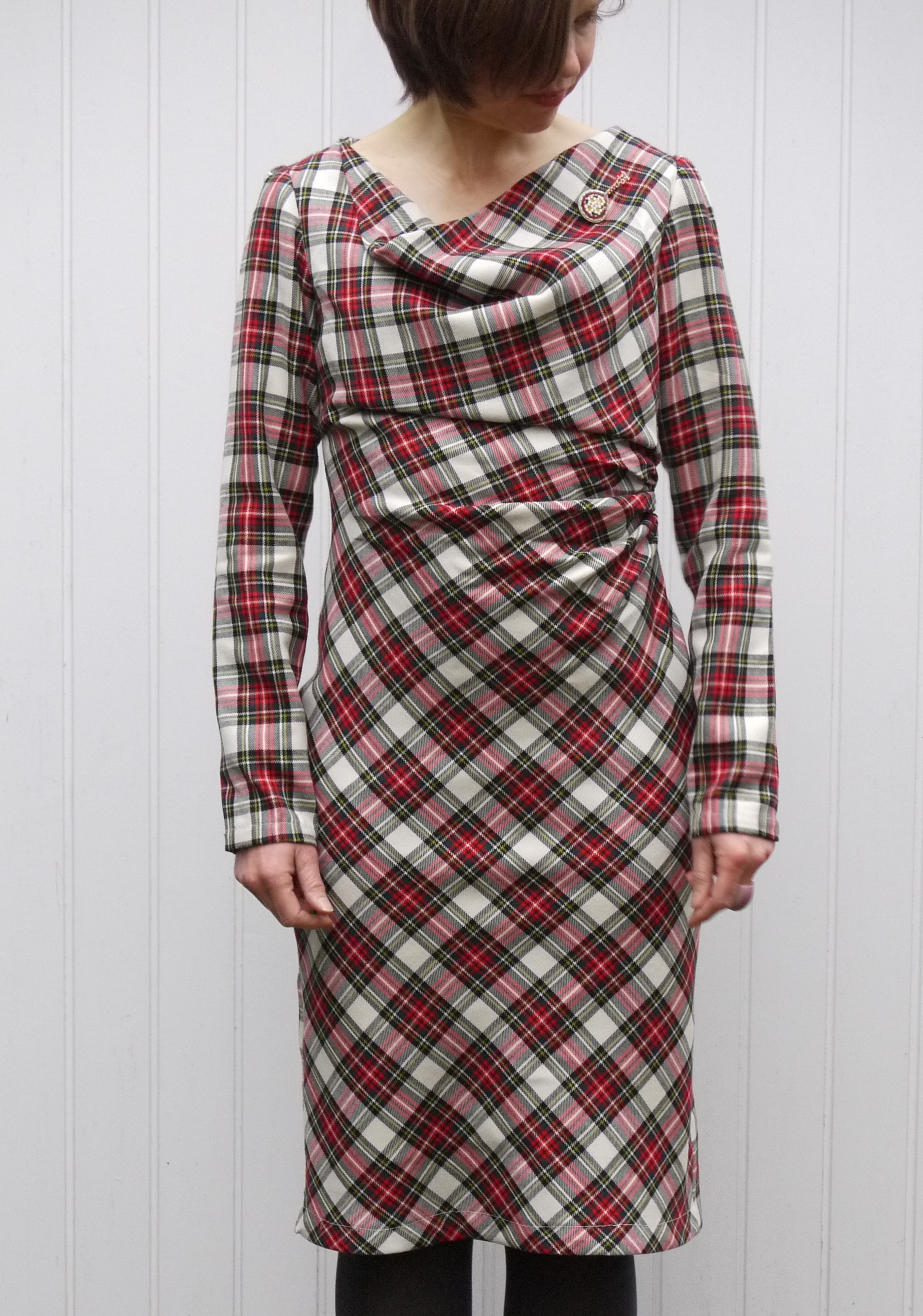 I used BurdaStyle pattern 10/2012 #118A for this cowl neck dress in size 36. I made this pattern when the magazine first came out in 2012, in a green herringbone tweed woven wool fabric so I knew that the fit and pattern were fine for me. For my first version, I left the dress unlined and used a Hong Kong finish for the seams and hand stitched the hems. For this version I used this very fine merino wool tartan and decided to line it with a very fine viscose lining fabric.

This did present some extra challenges and made making it much slower – I actually still need to hand sew the hem and the sleeve hems because I didn’t have time to do this before I could get some photos of it in daylight to put on the Project Sewn site!

The dress is simple to make. It has an invisible zipper in the back and back darts, gathering at one side of the front piece and the cowl top.

I’m not sure that the bias cut tartan was a success but it was fun to experiment with the fabric pattern! I only left myself two days to make this because I was in Munich this week at Munich Fabric Start.

I wore my Ralph Pink jumpsuit to the fabric trade fair and I’m so glad that I did! It was comfortable to wear all day.

I’ve cast my vote over at Project Sewn but boy was that a tough decision! How fab are all of those outfits! I don’t want to see any of those ladies leave the competition! I wish them all luck!

And to pass on the textile trend setting motto from Munich Fabric Start for Spring, Summer 2015:

Let yourself be inspired!

Have a great weekend,

Begin typing your search term above and press enter to search. Press ESC to cancel.